If You Can Dream It We Can Draw It

If You Can Dream It We Can Draw It

This past summer Vince Martin found me and hired me to draft plans for a deck he wanted to build at his lake property. I had never seen anything quite like  the double decker that he had in mind but if that was he wanted, then that was what he was going to get. Because I have built so many decks over the years, I had run across all the different components that were involved in the project, I just had never seen them all go into one deck. But I put them together and drew it the way I would build it.

The plans passed the permit and process and then went on to pass the real world test as they guided the contractor Vince hired to build the deck. Now those plans are rolled up and forgotten somewhere but the deck they illustrated stands proudly and serves ably. Here is a recent email Vince was nice enough to send me.

Hope things are going well and best wishes.  I want to thank-you again for the work you did in helping me to get my new beautiful deck completed.  As my wife and I near retirement, we plan to tear out the trailer and build an A-frame behind the deck and you are the guy we will go to.  I know you can give us some good ideas. Several pictures are attached. Thanks again, Vince Martin 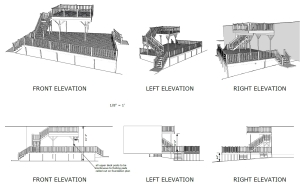 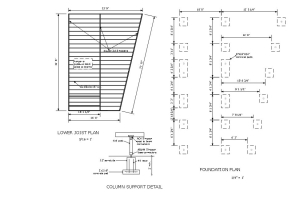 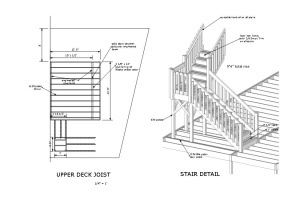 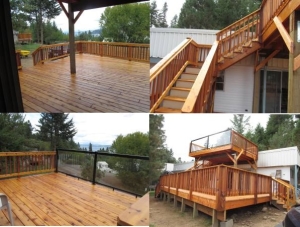 Couldn’t  have done better myself. It is a very well’made deck. This video goes into greater detail on how I designed it to be built.

About the Author: craig

Hi, I am Craig Swanson, father of four, husband of one. I live with Elaine, my wife of 32 years and two of my college-age children, Eli and Jacque. I draft plans and design new homes and residential building projects in Spokane, Washington. The program that I use is Sketchup and I highly recommend it for play and work.