Plan for the Future

Plan for the Future

There is a simple reason new home construction lacks design innovation. Building a spec home is always a gamble and so builders reduce risk by building homes they speculate have the best chance of selling. That is why the largest portion of new construction homes are three-bedroom, two bath ranchers with a covered porch, preferably front and back. There is typically an emphasis on kitchens and master suites.

When building a house on speculation, builders are not interested in something original and so not been tested. Sticking to the tried and proven sellers, they build only what has sold before. It is a quasi-safe, beaten path that I have never been able to force my self to go down. Maybe if I wanted to only be a builder and do nothing but build houses, I would not have a choice but to build for the center of the market.

Up until the past few years I have always been a carpenter first, home designer second and builder last.  Good fortune has allowed me to become mostly a designer who sometimes gets to go and work with my hands on a new design that I occasionally have the good fortune to build for a customer.

So when we recently decided we were able and wanting to build a new home on speculation, I once again was unable not bring myself to build what had the best chance of selling.  I find that doing what everyone else is doing to be boring, both the process and the product. I wanted to build something no one is building, something no one has ever seen. According to the Spokane Valley building department, I have done just that.

They say they have never issued a building permit for an ADU in new construction. I would wager most of you who are reading this are right now asking yourself what is an ADU. I have been asked that by every realtor I have brought the subject up with. Everyone else in the home building trade, including builders, that I have come across are also unfamiliar with the term ADU.

I know about ADU’s because I have designed them for people, though they have always been unattached ADU’s. The one I am currently building is an attached ADU. Actually, I am building a new home with an ADU attached. This means that the home I am building will have a rentable apartment under the same roof, or in other words : an Accessory Dwelling Unit, ADU for short.

I am sure that the answer to the question of what is an ADU would lead many to next ask why would I build one on speculation, let alone consider it a thing of the future? Obviously, I am not building it because everyone in the market for a new home is out there looking for one since no one has any idea what one is. More than not being a popular home design, it is an unknown, literally unheard, of house plan alternative.

But I was so convinced that the ADU house design is what people will want that I decided to make it my first spec house in about five years. Along the way my wife and building partner, Elaine, became so convinced it was a great house plan design she decided we had to live there. It will be our first move in 22 years and our first new home in all our 33 years.

If it fits us then it will fit a lot of baby boomers. We still have one college-aged kid at home.  Jacque,  the final edition in our four piece collection, is ready to move out. To her, living in an apartment is not appealing,  but she loves the idea of renting her own place in the apartment we have built into our new home. We like the idea too.

Even if a boomer-aged couple like ourselves does not  have an adult child to rent to, they likely have some family member, be it a parent or sibling or whomever. The home is designed to allow the owner to age in place and so it also works well for a care taker to rent or maybe trade service for  rent .

An ADU also works if the owner chooses to rent to an unknown.  While we have never wanted to be landlords, it seems more doable if the rental property we have is  part of our own home. I have found out from talking to single people who rent apartments, living in an attractive, well-maintained ADU  beats most renting options they have.  So it seems like a win-win.

The extra income that the ADU provides helps significantly with the mortgage and is a long term  investment . That is a feature of the ADU that should appeal to about everyone, I know that it does to Elaine and I. The rent payment, even at a family discount, is at $600 in our market and actually worth close to $800 for renters wanting something brand new in our area. The rent fee will continually increase year after year, paying more and more of our mortgage until it is paid off. Then it can go towards other things.

I realize the ADU house design is not for the majority of the new home buyers. It does however fit a lot of people in a lot of situations. I think it is something that many people will want once they learn what it is. Maybe I was ahead of my time to build an ADU house design on speculation. Since my next project is a custom home, it will be a while before we build another spec home, if we ever do.

This current house we are now building, with its attached ADU, has gone from being a spec home to a custom home, the first we have ever  built for ourselves. We are excited about that, and also excited to know we will be living in our own model home that will display the work that I did on it including the tiling, siding, framing, finish carpentry and painting. At the same time it will be our builder’s model home that we can show whenever someone wants to see our finished product. Lastly, it will be my model home as a designer whose big new idea is hopefully as good as he thinks, since we are buying and then moving into it lock, stock and barrel.

Please watch the video to take a tour of the model I created to draft the plans from and if you want to learn more give us a call or send me an email. We can always open our home and show you the real life model of our own ADU home design. 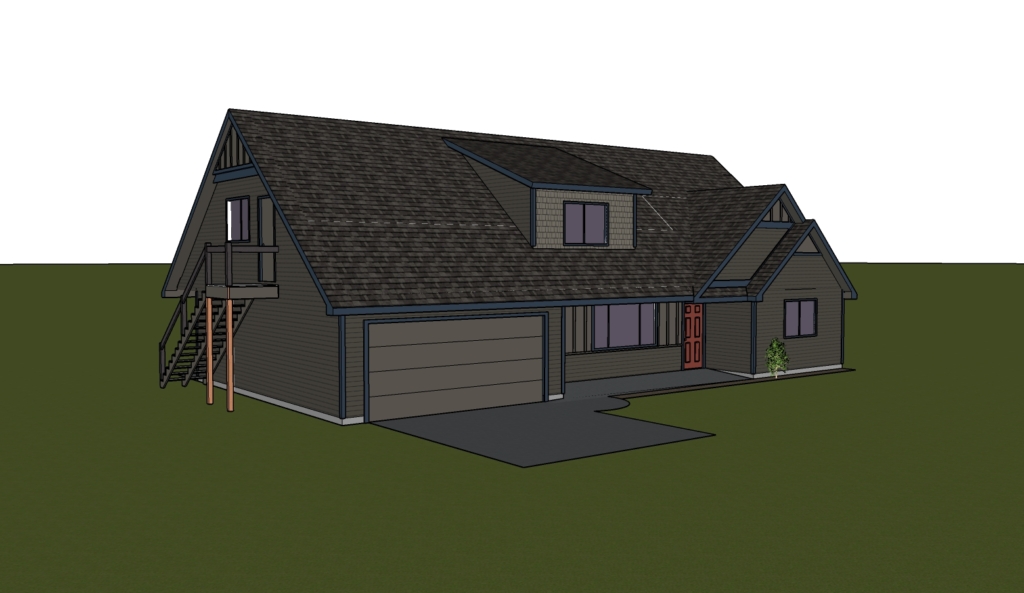 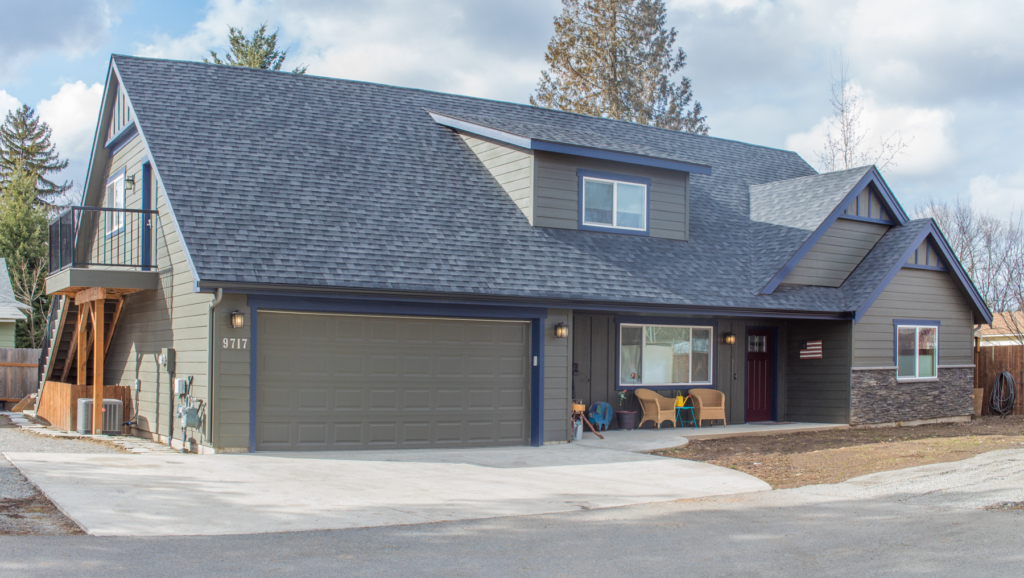 About the Author: craig

Hi, I am Craig Swanson, father of four, husband of one. I live with Elaine, my wife of 32 years and two of my college-age children, Eli and Jacque. I draft plans and design new homes and residential building projects in Spokane, Washington. The program that I use is Sketchup and I highly recommend it for play and work.